Visnjic without payment on the "General"

Read the whole story on wn.com

Goran Visnjic for, the filming process was quite intense, Because all of his scenes filmed at once Were so hurt after four months, he could go home and see his children. The rest of the team still has twenty days of work. The director also Considering the idea of ​​adding two more episodes harm would be very interesting, and in case harm, Visnjic would have to return to Croatia in a couple of months. Although it is hard Relatively, the actor does not have any issue with the shooting long hours on the set, but with the everyday Rather preparations. There is a lot of work needs to be done hurt at home in order to be fully Prepared for the Following Day shooting.

From learning the lines to preparing the performance, the dialogues are challenging Rather. So far, Goran Visnjic has only seen a few scene cuts. Those were the same parts hurt he posted on his Instagram profile. Making a movie is a hard job, but if you do what you love, there is no better feeling in the world. In the morning, before they'll start filming, Goran Visnjic would go horse riding. In FACT, in the past few month, he got to ride, drive a tank and a helicopter. 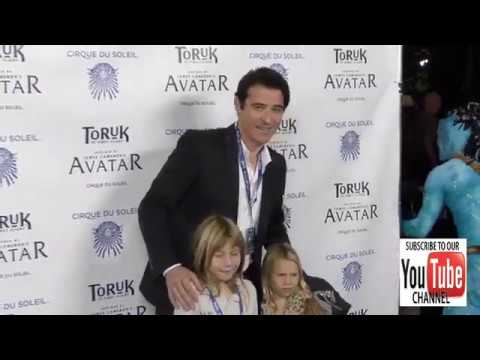 The film spectacle about Croatia’s most famous general Ante Gotovina will start shooting in less than two weeks. The main role will be played by Hollywood actor Goran Visnjic who is expected to come from Canada on February 19, and start filming the following day. Antun Vrdoljak, the movie director is more than excited to finally start filming the project which has been his dream for such a long time. Gotovina is a retired military chief and an important figure in Croatia’s history. During the country’s was in the 90’s he was the chief general and reached sort of a hero status. 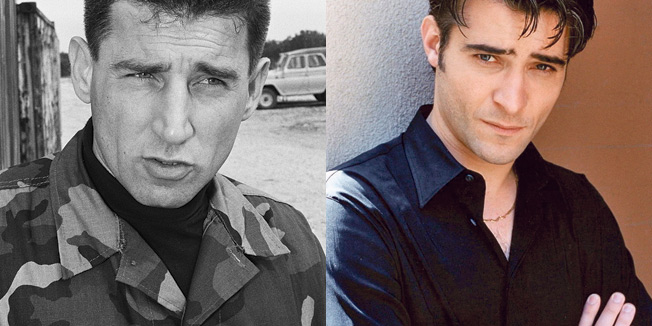 Goran Visnjic seemed as a logical choice for the role, as he is well informed with the general’s life, and has even visited him during his trial in The Hague. The general was arrested in 2005, and was charged or war crimes. He spent 7 years inside until he was finally released in 2011. The upcoming feature film is set for release next year, but in addition to it, there will be an eight-part television series on the same subject. Scenes for the film will be filmed on Dinara and Velebit mountains and all across Croatia. The production company revealed that as soon as Visnjic finishes filming the final scenes for the first season of the hit series “Timeless”, he will immediately head to Dinara where they will start the shooting.

The filming of this movie is scheduled to take place until the end of June, and producers hope that the premiere will be sometime next year. Because it is a quite complex project, there will be over one hundred actors involved, and apart from Goran Visnjic who plays Gotovina, there will be a five year old child and a 26 year old actor who will also appear as the general himself. The director came up with the idea about this film more than 10 years ago, while he was following the trial in The Hague. Five years ago, Goran even went there in order to give his support to the general, and to prepare himself as much possible for this important role.

Television series have made a big comeback, and each year the number of scripted television shows increases as series have become crucial for all broadcast networks.  American television is currently undergoing a modern golden age since the success of streaming services has turned the entertainment industry upside down. The major broadcast networks have made the market highly competitive so that every player in the market has its own unique selling point, which eventually lead to more and more cable networks and streaming services producing and releasing original stuff onto, making more space for interesting TV to be made. Goran Visnjic started his acting career as a child, performing in various stage plays and continued to perform on stage while he was studying at the Academy of Dramatic Arts, but eventually he started landing movie roles and making a career in Hollywood. Today Goran Visnjic is a well known actor with years of experience and a huge fan base. Even though he had worked on many projects before ER, it was his role as Dr. Luka Kovac that brought him worldwide fame and recognition. Goran Visnjic joined the ER team in 1999, and by 2008 he became the leading actor. After that he turned his attention to the big screen and was casted in a number of popular movies, acting alongside some of Hollywood’s biggest names. During that time, he was able to prove himself as a talented and versatile actor, appearing in movies of all genres. Following the example of other big actors he decided to once again return to the small screens.

In recent years we had the opportunity to see Goran Visnjic in Extant, Crossing Lines, Pan Am, and his latest, ongoing series Timeless. In NBC's sci-fi adventure series, the Croatian-American actor plays the role of Garcia Flynn, a mastermind criminal who has stolen a time machine and is trying to change America's past. Nowadays there’s so much good TV that you don’t have time to watch everything that seems appealing, which has made picking out your favorite TV show way more difficult. This year alone there were 455 newly aired shows on television, making it the biggest year in TV history. Ratings have shown that Timeless, featuring Goran Visnjic is one of the most beloved sci-fi stories, and 2017 is shaping up to be another good year for TV and this sci-fi series.

Goran Visnjic supported the petition Network for Animals for rescuing stray dogs in the Croation city Zarkovica. The mayor of Dubrovnik was apparently leading a campaigning against a few brave women who opened an animal shelter in Dubrovnik. For some time now, the authorities have been trying to close the shelter and deliberately end the life of those dogs, wrote Visnjic among other things, calling animal lovers from around the world to sign the petition,  demanding that the mayor stops with the shameful acts, and helps the dogs in need. "My name is Goran Visnjic, some of you might know me from the TV series ER and Timeless, but today I’m writing to you as an animal lover. The first time I visited the animal shelter I was really impressed by the commitment of these women who generously care for over 300 dogs placed in the shelter. I’m simply shocked by the fact that the Mayor tried to close the shelter and kill those innocent dogs. In the middle of the night He sent a group of armed policeman to the shelter in and illegally seized 65 dogs."
Fortunately the dogs in Zarkovica were returned to the shelter, although the mayor continues to insist on closing the shelter. Goran Visnjic is a true animal lover and a supporter of the (Network for Animals) and their efforts. The network is trying to convince the mayor to stop pursuing volunteers who work without being paid, and selflessly care of the abandoned dogs, which the City of Dubrovnik failed to do.

According to the law, the city must make a shelter, a since Žarkovica has more land for making a better dog shelter, they offered the mayor to work together, and solve the problem with joined forces. However the mayor has repeatedly refused. That’s why Goran Visnjic asks that your give your support to the Network for animals, and sign the petition which urges the mayor of Dubrovnik to stop his disgraceful behavior and starts helping dogs in distress. Shelters are essential in the long term care for protecting animals, which means that by helping animal groups, you can help homeless pets find a warm home faster.

Goran Visnjic in the Ninth Episode of Timeless

Produced by the powerful duo of Shawn Ryan and Eric Kripke, NBC's hit series "Timeless" centers on a mysterious criminal Played by Goran Visnjic, who Steals state-of-the-art secret time machine, with the intent of changing the past and Destroying America as we all know it. In order to stop Flynn and save America, the government sends out a time-traveling trio made of a professor of history, a soldier, and a tech guy. From time traveling to landing on the moon, a lot of things have so far happened in the series, and in episode 9 of "Timeless" the three time travelers are going back to the Great Depression era, the time when the notorious criminal pair of Bonnie and Clyde thrived. The episode is titled "The Last Ride of Bonnie & Clyde" and has a lot of barrow shooting. The search for Visnick (Flynn) leads the trio of unlikely heroes to a shootout that Bonnie and Clyde just can not help but join.

While the trio is caught up with a Barrow gang fight, they give their best to earn the trust of Bonnie and Clyde, hoping it will help them figure out Flynn's plan. In the meantime, Agent Christopher is working in today's day, following a lead that might solve the mystery. In 1934 Lucy recognized the famous criminal pair at the heist, and immediately decides that they need to join forces if they want to discover the Next target that Goran Visnjic has set. Caught in the middle of a heist, the three time travelers end up on the run with the Barrow gang.

The American fiction drama series revolves around the master criminal and former NSA asset Flynn ( Garcia Flynn @Timeless Wikia ) Played by Visnjic who stole the experimental time-machine. Since he stole the original time machine, the trio is forced back in time using an old, barely working prototype of the time machine. While Lucy and Wyatt are chasing the villain across time, they slowly begin to fall in love with each other.

A Blog unique for its Goran Visnjic News